Are You Thinking of Moving to Santa Clara?

If you’re thinking of moving to Santa Clara, there are a number of great reasons. Santa Clara has great benefits for families such as family-friendly neighborhoods, great private and public schools, and fun entertainment options for all ages. 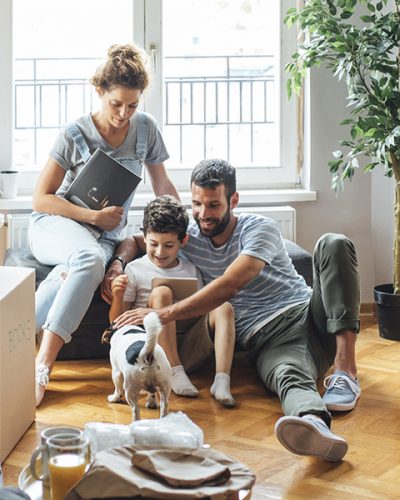 Are You Thinking of Moving to Santa Clara?

If you’re thinking of moving to Santa Clara, there are a number of great reasons to do so. Santa Clara has great benefits for families including family-friendly neighborhoods, great private and public schools, and fun entertainment options for all ages. As with all things, living in Santa Clara does have its cons.

Santa Clara has a rich history here in California, with a Spanish mission dating back to 1777.

Santa Clara features a population of around 130,000 residents and is located in the center of Santa Clara County.  A large tech center, Santa Clara is home to a number of top tech firms like Intel, Nvidia, Applied Materials.

Producing Prunes, Apricots that were shipped all over the world…

The city boasts a world-class university, the University of Santa Clara… It is home to the 5-time Superbowl champions, the San Francisco 49ers, and is the center of Silicon Valley, home to the biggest tech companies in the world.

Santa Clara is a medium-sized city and is located in the Santa Clara Valley, and is part of Santa Clara County, I know that’s a bit confusing, but at least you won’t forget where you live.

Santa Clara is roughly 1300 square miles in size and is situated in the middle of “Silicon Valley” bordering the cities of Sunnyvale and Cupertino in the west, and San Jose to the east.

The climate in Santa Clara is fortunately temperate. There are a couple of weeks in the year when temperatures will reach above the ’90s and generally the coldest temperatures will be between 30-40 degrees in the winter, with no snow. Expect around 260 sunny days per year.

On average we receive about 15 inches of rain per year. The last few years have been short of that and we are currently experiencing drought conditions. All of California is experiencing a drought. Water conservation throughout the county is highly advised.

Santa Clara has a population of about 120 thousand. It’s a growing and diverse population with people from all over the world. Culturally Santa Clara is a great place to live, with lots of ethnic stores and restaurants. Interesting fact, at one time Santa Clara had a large population of Portuguese immigrants and still has one of the oldest Portuguese halls in all of California, built in 1896.

In addition to its diverse population, Santa Clara has some diverse housing options available. There are around 25,000 privately owned homes in Santa Clara. This consists of about 18,000 Single-family homes and 7000 condos and townhomes. There is a good amount of new townhome and condo development happening in the city so that number is increasing yearly. The vast majority of Santa Clara single-family homes are made up of post-war ranch-style homes that were built in the 1950s and 1960s. Roughly about 65 percent of the housing is made up of this class. Roughly about 15% was built before 1950, and less than 10% was built in the last 10 years. As far as condos and Townhomes are concerned, 25% of townhomes and condos have been built in the last 20 years and that number is growing every year.

The best way to understand Santa Clara is by breaking down its different areas or Zip Codes. Santa Clara comprises 3 different zip codes: 95050, 95051, and 95054. Each Zip code is unique and offers different housing options, amenities, and advantages.

The 95051 zip code is located in the South-Western part of the City, bordering the adjacent cities of Cupertino and Sunnyvale. 95051 features some of the best schools in the city and boasts proximity to Apple Computer, and more convenient to jobs along the peninsula like Google and Tesla motors. It’s also where Santa Clara’s central park and Main Library are located. 95051 is the largest zipcode in Santa Clara with around 13,000 homes, $10K of which are single-family homes. This area includes some of the best and most sought-after neighborhoods in Santa Clara and is Santa Clara’s priciest Zip Code. The median price home in 95051 is about $1.7M and that would get you roughly about a 3 bedroom 2 bath single-family home. A 2 bedroom condo starts around $700K and can go as high as $900K. Townhomes can vary quite a bit depending on age and size. But on average a 3 bedroom townhome can range from around $900K and $1.6M. Single-family homes in this area consist almost entirely of Post War Ranch Style homes, with some smaller-scale new developments mixed in. There are several condo and townhome complexes here.

95050 is the second-largest zip code with roughly 9500 homes. Just east of 95051, where San Tomas Expressway makes up the dividing line between both zip codes and borders the city of San Jose to the east and south. Pricing here is a bit lower than 95051. The Median price for a Single Family Home in 95050 is about $1.5 – $1.6M. That would get you around a 3 bedroom 2 bath home approximately 1400 sq ft. Condos range in price from $600-$800K, and 3 bedroom townhomes from $800K to $1.3M depending on size and age. 95050 is the old part of the city. The downtown is located here, where the beautiful Santa Clara University campus resides, home to Mission Santa Clara and the Carmelite monastery. An important detail here is that Santa Clara’s downtown is currently in plans to be completely revamped (for more details see my video on Downtown Santa Clara). Because Santa Clara was an agricultural center, you will see some beautiful historic homes in this part of the city and all sorts of classical architecture. The advantages of living in 95050 are a bit more affordable than 95051. This area of the city has the city’s cultural destinations, it’s closer to posh showing destinations of Santana Row and Valley Fair.

95054 is the smallest zip code with roughly 4500 homes, consisting of 1800 townhomes and condos and about 2700 single-family homes. 95054 is located on the north side of the city, bordering Sunnyvale to the west, the bay to the north, and San Jose to the East. This portion of the city was traditionally the commercial and industrial zone of the city. It’s where Intel and Nvidia are headquartered, and several other tech companies have office space. Real Estate in 95054 is quite diverse. This portion of the city has some of the newest construction and is evolving with more residential and retail. Although 95054 does have some older ranch-style homes, it’s where you will find most of the new construction homes and communities built in the last 20 years. The median price of a single-family home in 95054 is about $1.4M, and that would get you a 3 bedroom 2 bath home around 1500 sq ft. Newer homes in 95054 average around $2M; 4 bedroom 2.5 bath homes are around 2000 sq ft. This zip code includes the Rivermark, and Rivermark Plaza Shopping center, Santa Clara Square, Six Flags Great America Theme Park, Levis Stadium (home of the 49ers), and the Ulistac natural area. The average price for a Single Family Home in 95054 is about $1.4 M, which would get you a 3 bedroom 2 bath home approximately 1400-1500 sq ft. Advantages of 95054 are proximity jobs, newer construction homes, and communities, some of the top schools are in this area. Disadvantages can be noise from airplanes flying from San Jose Airport.

Some of my favorite and what I consider to be some of the best Santa Clara neighborhoods are Forest Park, Laurel Park, Westwood Oaks, Killarney Farms, and San Tomas Woods. These are all situated in 95051. If you are looking for Newer Homes, several developments throughout the city are available.

Most notably is the greater Rivermark area which consists of the Rivermark master plan community and several surrounding townhome and condo developments. There is the Nuevo community that was recently developed by Summerhill homes in 95054. This development features some single-family homes, townhomes, and condos. The Rivermark area is located on the northern boundary of the city, north of Highway 101, and offers a convenient commute as most tech companies are located off highway 101. The Greater Rivermark area has about 1900 homes, consisting of about 550 single-family homes, 1350 townhomes, and condos. Average Rivermark Single Family Home is about a 4 bedroom 2 bath 2300 sq ft home and priced over $2M. Average Rivermark Townhome/Condo is a 2 bedroom 2 bath home about 1400-1500 sq ft. And costing just over $1M.

Central Park Community located in 95051 was developed about 10 years ago featuring single-family homes and townhomes, just walking distance to Santa Clara’s top park. There are various townhomes and small-scale single-family home communities scattered throughout the city, such as Naya, Villas on the Boulevard, Catalina, Mission Gardens, and Robin Run.

If you are looking for classic architecture there is the Old Quad located in 95054. The Old Quad has a mixture of historic home styles such as Victorian, Edwardian, gothic revival, and craftsman-style homes. Some of these homes belonged to Santa Clara’s most prominent families and business people, such as the Morse Mansion. Many modest homes were built at the turn of the 20th century. Pricing can vary dramatically in the Old Quad.

As you can see there is quite a lot to know about Santa Clara and Santa Clara Real Estate. If you are considering a move to Santa Clara, I would love to be a great resource for you.

Have a question?  Interested in setting an appointment to talk about your real estate plans?  Contact me today. 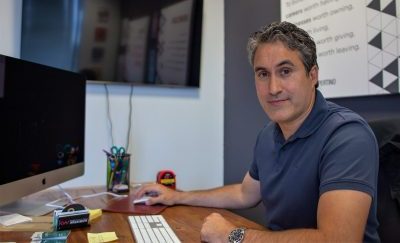