https://vimeo.com/397737497 The Santa Clara housing market was strong in February.  There were 18 single-family homes that closed escrow which was equal to the number which sold in January.  The average days on market of those homes sold went to 13 days from 43 days the previous month, and median days decreased to 8 from 16.  […] 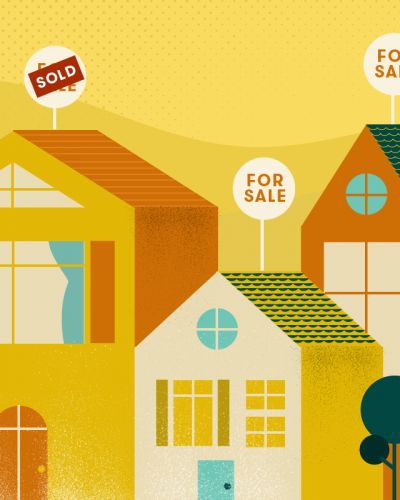 The Santa Clara housing market was strong in February.  There were 18 single-family homes that closed escrow which was equal to the number which sold in January.  The average days on market of those homes sold went to 13 days from 43 days the previous month, and median days decreased to 8 from 16.

The average cost per square foot increased from $859 per sqft. to $979. Of the 18 homes sold in February, 15 sold over asking. On average homes sold 9.6% over asking compared to 0.3% under asking in the previous month.  That’s a huge increase. 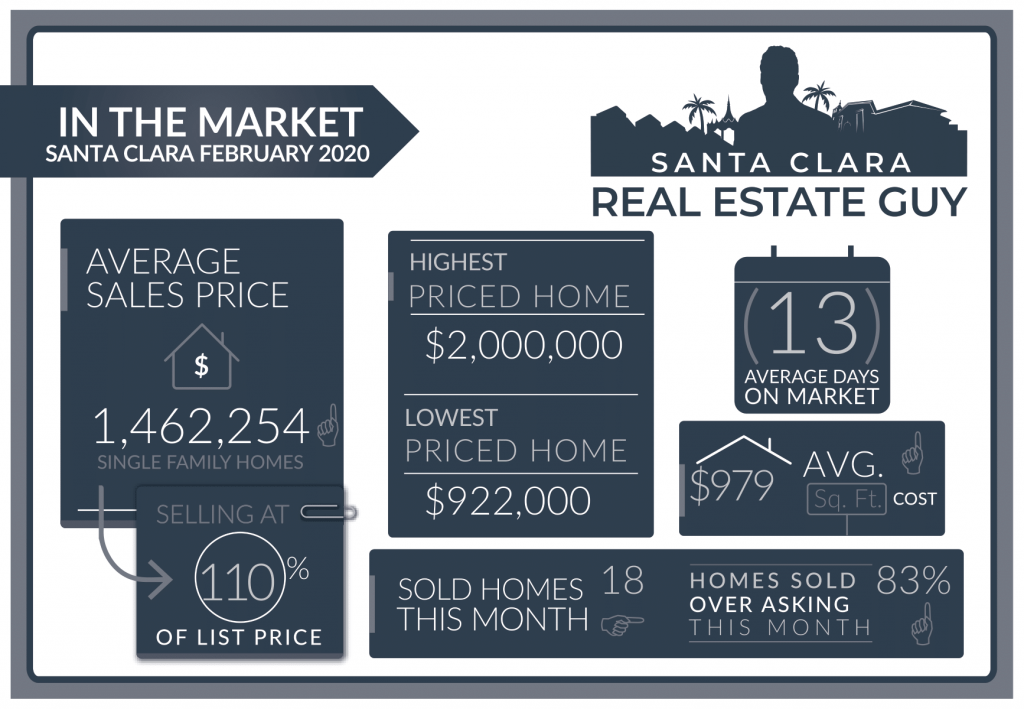 In March, fears over the Coronavirus spreading and precautions to contain it rattled the stock market.  The FED was so concerned over the slowing of the economy and a possible recession that it cut rates 50 basis points.  In spite of the drastic move the markets still continued to sell-off ultimately dropping 30% from their highs.

As the country and local governments scramble to take precautions against the virus, schools have announced closures, bans have been placed on gatherings, and uncertainty over the effects of these measures is weighing in on buyers and sellers.

While homes are still selling we are noticing more cautious behavior from buyers and inventory is starting to grow.  As of today, there are 36 homes on the market in Santa Clara which is considerably higher than the 10 homes we had at the end of February.

The Altos Research Market Action Index for single-family homes in Santa Clara has risen to 70 from 67 where it was last month.  For more detailed reports on Santa Clara and Santa Clara Zip codes, you can access the reports here.

As we move into the Spring we typically see more inventory come on and the market slows.  With more homes brings more competition to home sellers and less offers.   With the recent developments and the looming uncertainly I expect the market will cool faster and home inventory will rise quicker.

Sellers are likely to push up their list dates to avoid the crowding of the summer market bringing on more homes.   There is still the possibility of what actions the FED will take to restore confidence and perhaps drop rates further, this may help keep prices stabilized.

For buyers, it’s hard to tell if buying conditions will be better in the Summer.  Inventory may dry up due to the virus as sellers take homes off the market.

Seller’s expect less offers and not as much bidding as competition increases and homes take a bit longer to sell.